After Boston it was time to head south.

We have adopted family that live in Huntsville Alabama that used to live in Alaska. It had been about 15 years since we had seen them.

We also stored our RV in Huntsville.

Hopefully in 2017 we will continue our lower 48 adventures starting in Huntsville.

As we were getting closer to having to return home and we seemed to be constantly just staying ahead of bad weather, really bad weather. Although our trip south was a little hurried we still managed to see some great sights.

We had a great time at the The Submarine Force Library & Museum in Groton Connecticut. 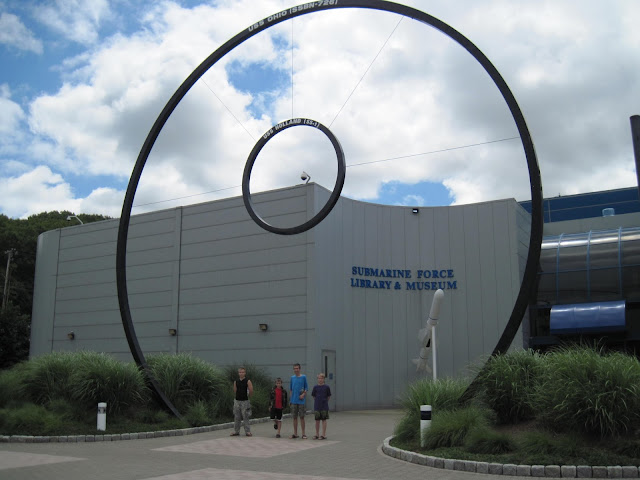 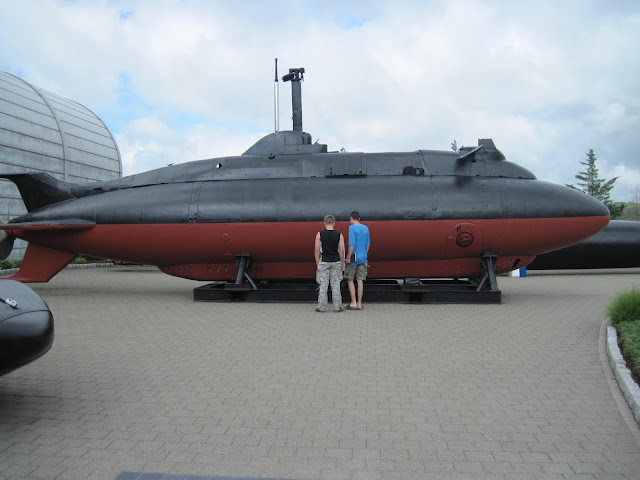 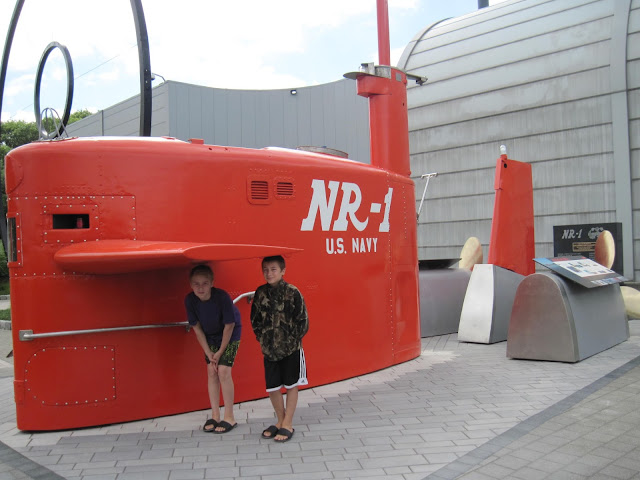 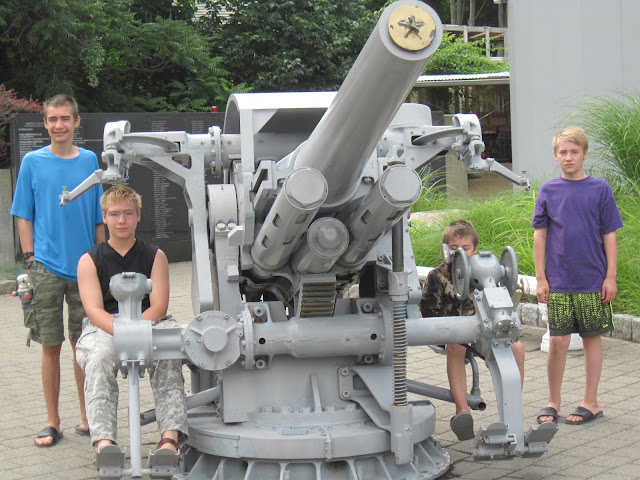 USS Nautilus (SSN-571) was the world's first operational nuclear-powered submarine.
The vessel was the first submarine to complete a submerged transit of the North Pole. 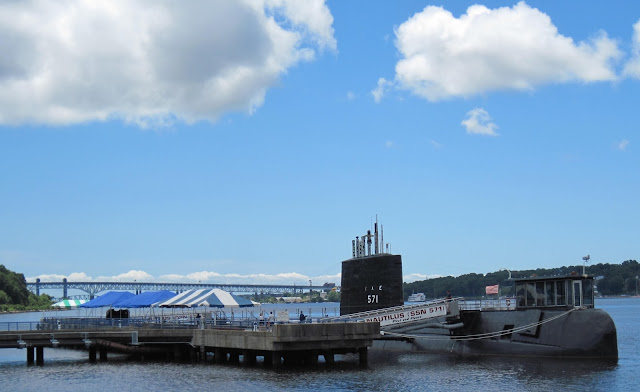 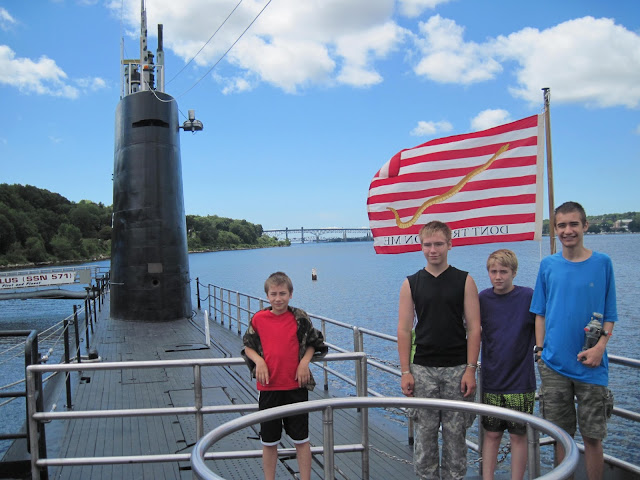 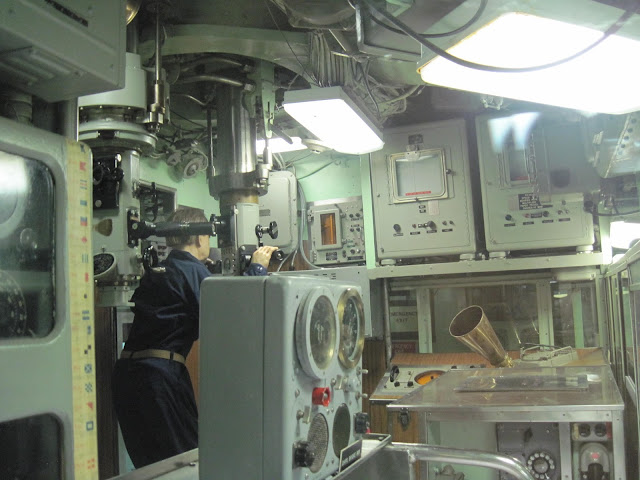 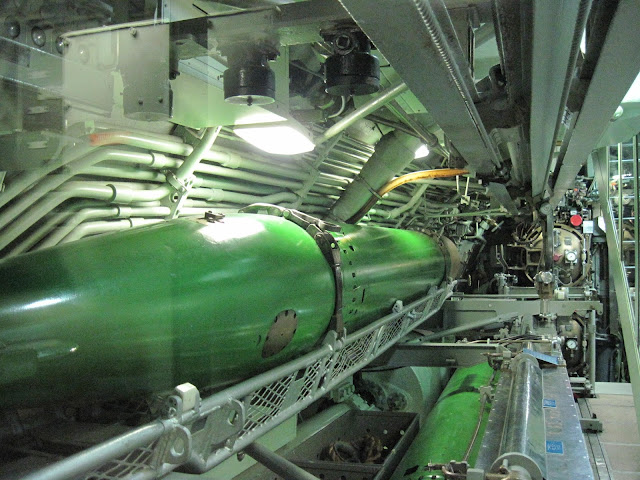 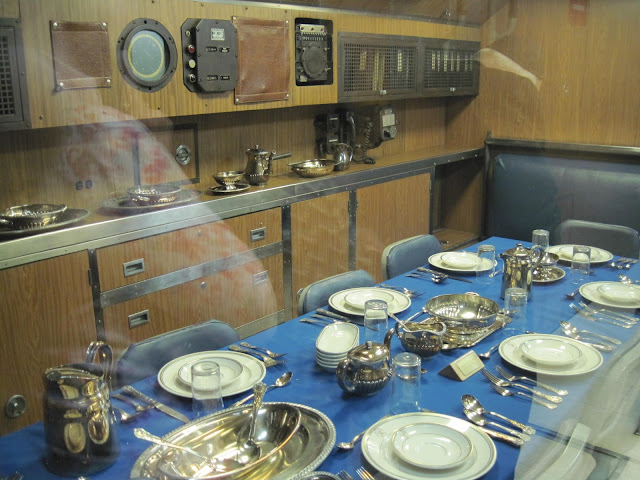 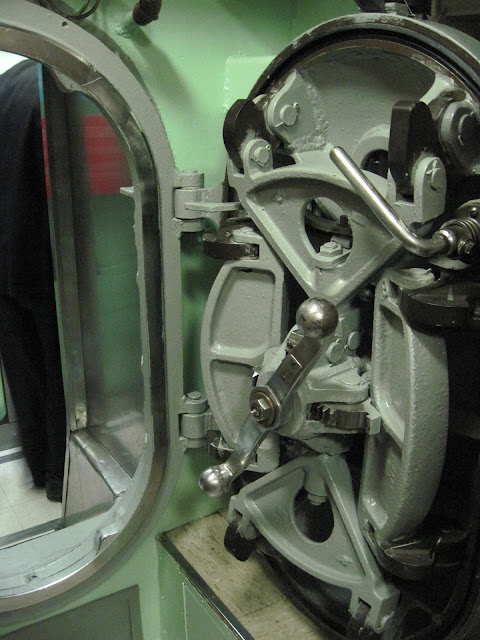 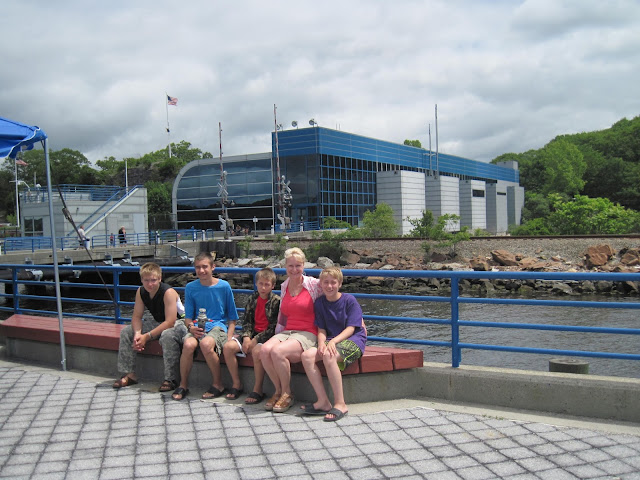 While we were checking out the awesome displays in the museum we met a young Navy Submariner and his family. They were very gracious and spent about an hour with us answering our questions about serving on a submarine and what it's like like for his wife and children to be at home on the long deployments. Our service men and woman, and their families, sacrifices are truly inspiring. 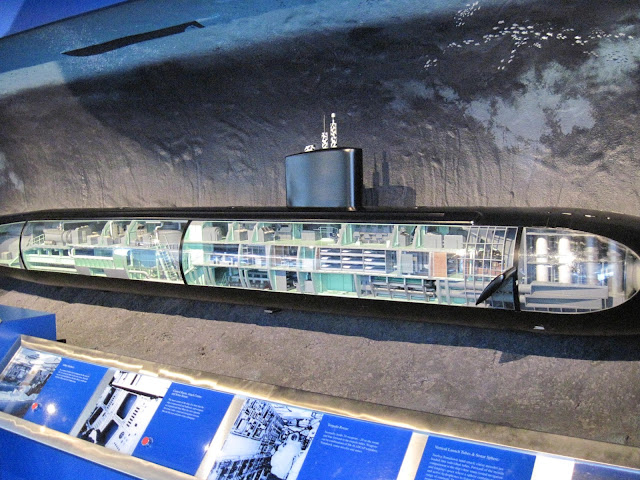 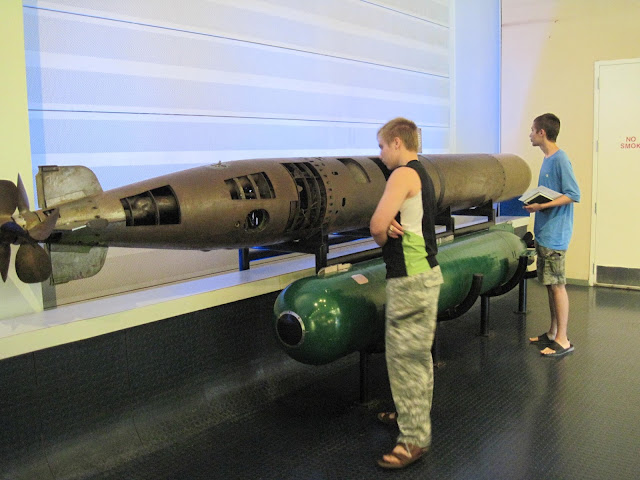 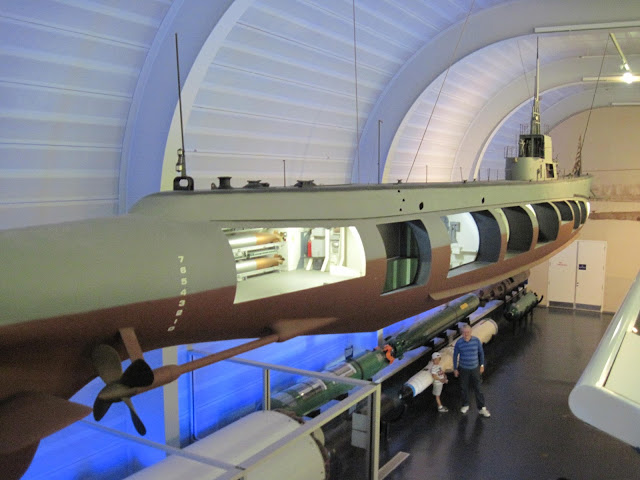 During the Revolutionary War, the American submersible craft Turtle attempts to attach a time bomb to the hull of British Admiral Richard Howe’s flagship Eagle in New York Harbor. It was the first use of a submarine in warfare.
Read about the Turtle here 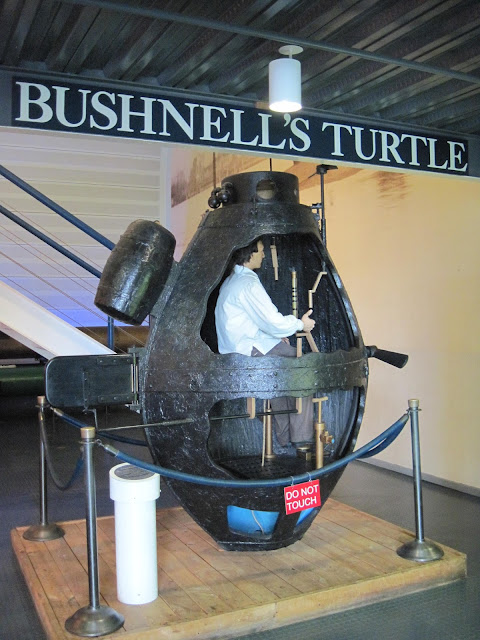 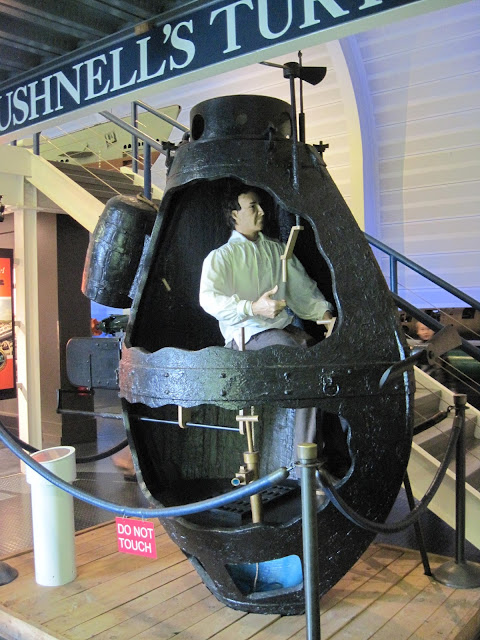 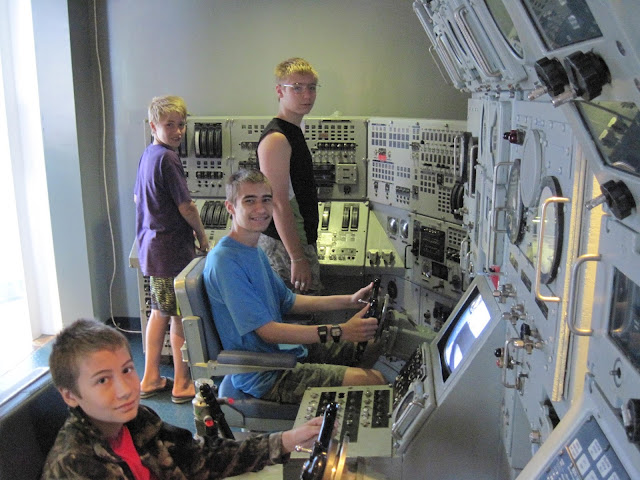 
Back on the road to Huntsville with a few stops. 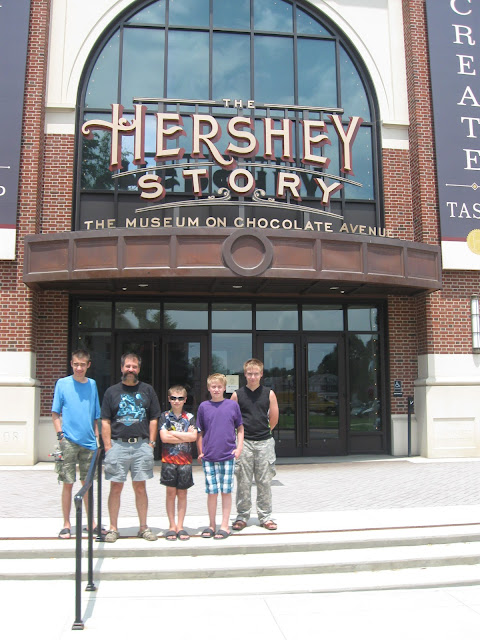 We met a most amazing American Patriot, Veteran, and Truck Driver at a rest stop.
Mr. Derrick Whittle

Derrick Whittle, was selected as one of nineteen Professional drivers to represent the industry on the American Trucking Associations’ 2015-2016 America’s Road Team. The program, once again sponsored by Volvo Trucks North America, works to educate the public and communities about the importance of Professional Drivers and the trucking industry.

Mr. Whittle has driven 2.4 million miles over 22 years with Cargo Transporters. Among his many distinctions, he was named Driver of the Month for North Carolina Trucking Association in October 2011 and achieved 30 years of accident free safe driving from ATA. He currently operates one of three Ride of Pride tractors at Cargo Transporters providing community outreach services to school, veteran’s events and parades. 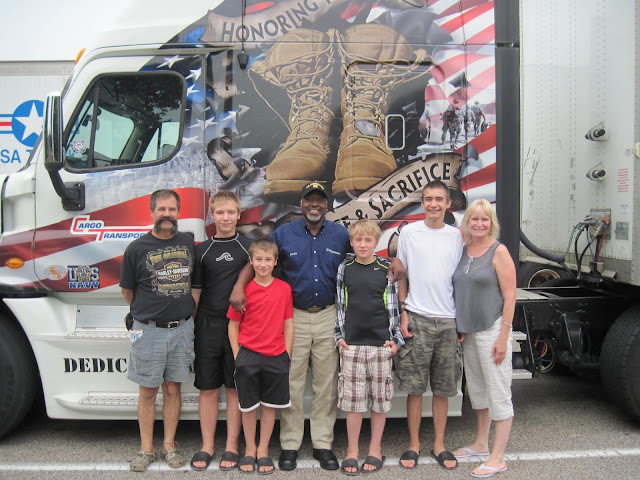 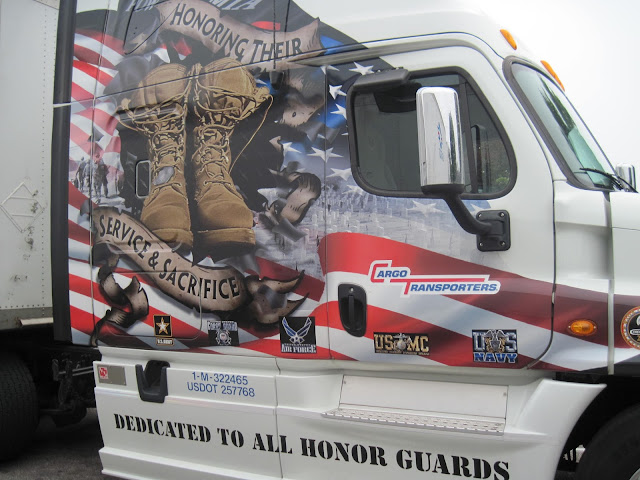 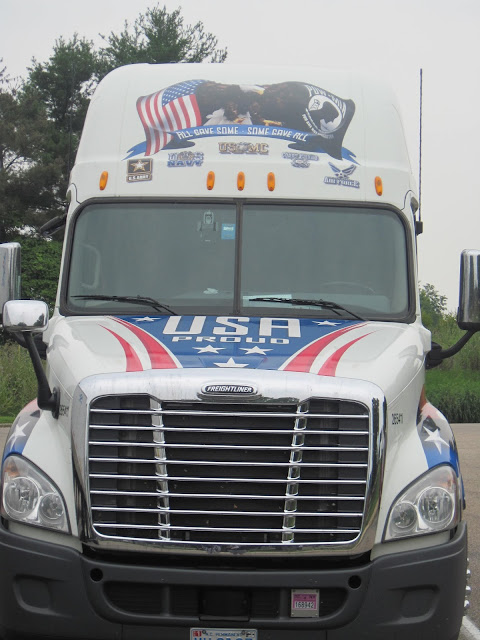 On the way to Gettysburg the hogfamily had to stop at the Hog Factory... 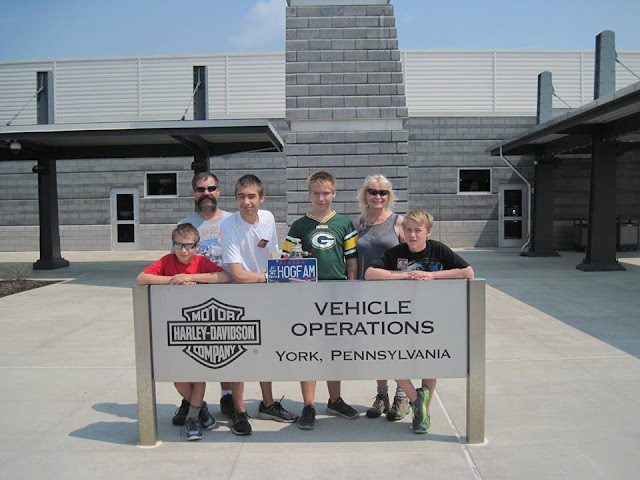 Posted by hogfamily Alaska at 2:25 PM